How to limit duplicate ideas

Written by Kerry Seed
Updated over a week ago

To limit duplicate ideas, IdeaScale has a predictive text tool that searches keywords when ideas are being created. However, similar ideas and discussions get into the community and needs to be manually merged. IdeaScale includes a simple merge tool to assist moderators in combining ideas together quickly and easily from the idea detail page or idea summary by clicking on Moderate Idea. It can also be done from the Moderation dashboard , where there is a Merge option. This will open up the merge cart. 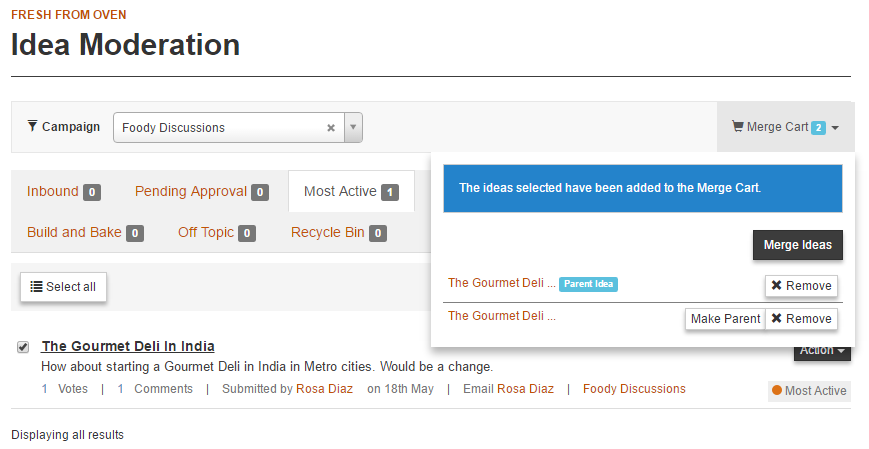 Merge Cart: The merge cart is used to collect all the duplicate ideas you've found related to the same topic. The first idea you add to the cart is the "parent idea" or the main idea. All other ideas added to the cart are the "child ideas" - these ideas will be added as comments to the parent idea. In addition, comments added to the child idea will be appended to the parent idea. Once you add two or more ideas, you'll have the option to merge them together and change which idea you'd like to keep as the "parent"

Below screenshot gives you a screen once the ideas are merged. 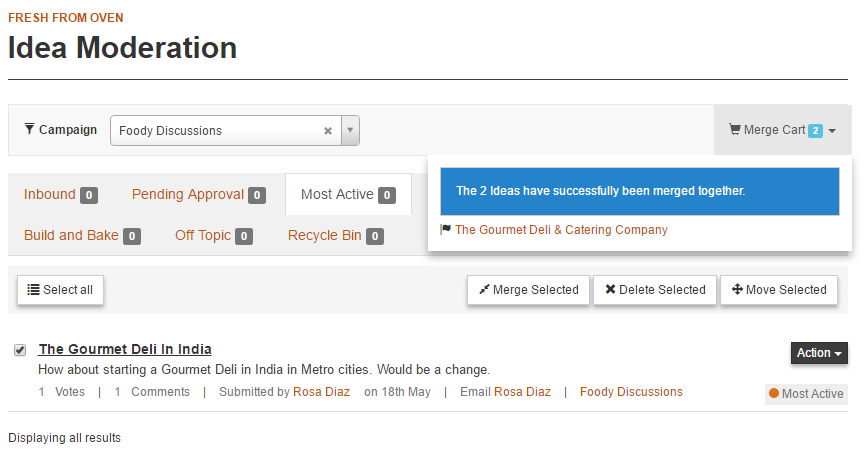 This is a screenshot of how a normal user will see a merged idea. The child idea will be displayed in the comment section with "Merged" at the right hand side. 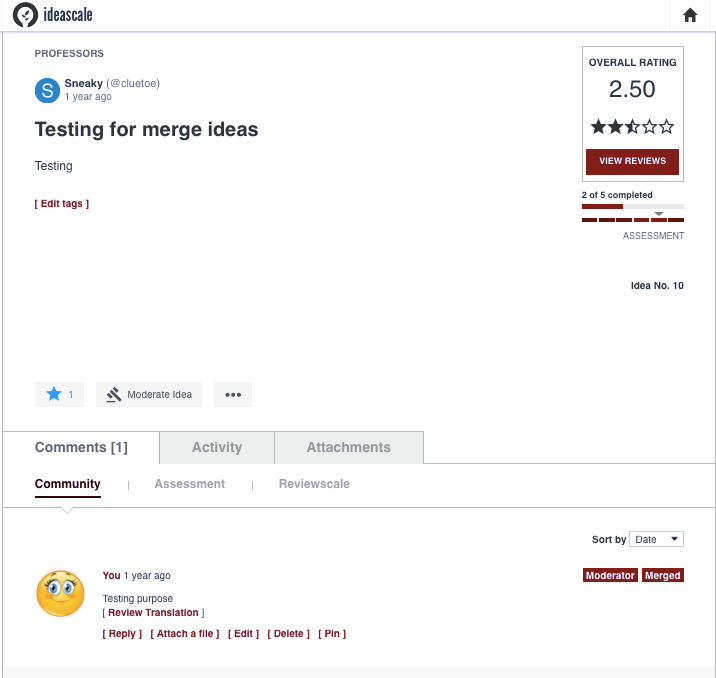 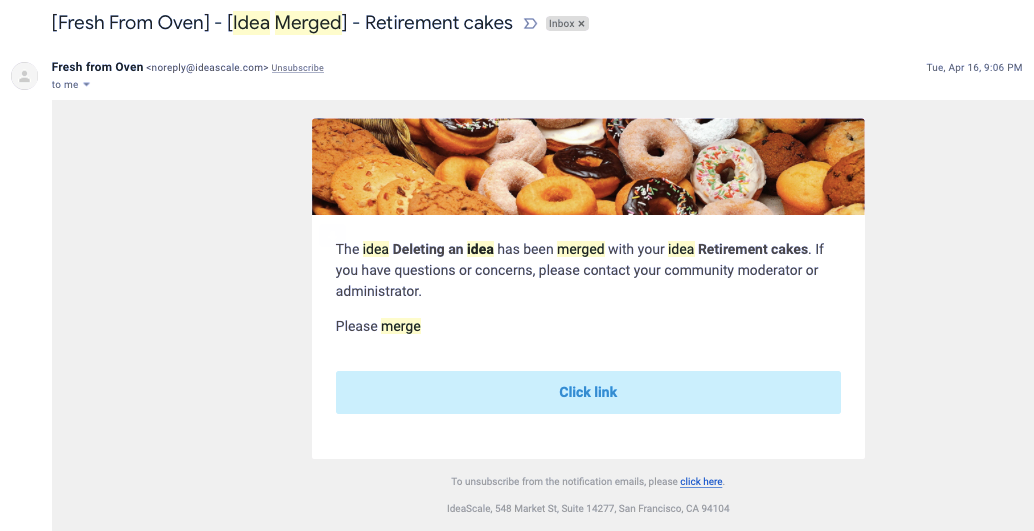 The idea submitter whose idea was made as child idea will receive notification as below. 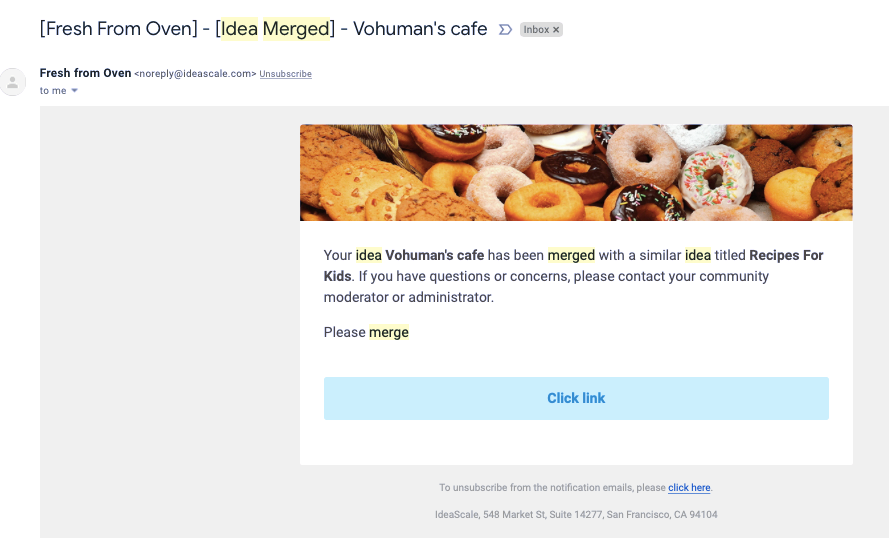 Merging ideas in the moderation dashboard is very similar to that of the moderating ideas in by using the link Moderate Idea. You would first need to add the desired ideas to the merge cart by searching and clicking to the merge link displayed in the right section of the idea.

Once you have all the ideas in the merge cart like in the below screenshot you click the Merge button in blue.

After the ideas are merged it will display a message that the ideas has been merged successfully.

Please Note: Merging ideas is possible between any stages and the description of the merged ideas will reflect as a comment in the Parent Idea. The best we would recommend is to merge ideas while they are in Ideate stage to benefit of the votes accumulated in both ideas.