Earlier the moderators were limited to pinning comments, adding similar ideas, and tagging. Annotations give Moderators the ability to select any comment and elevate them to be an extension of the idea than just a comment.

Annotations in the Idea Edit Form

Annotations Visibility in Other Sections

A comment can be annotated by Idea Authors, Co-Submitters, Idea Owners, Team, and Moderators from any stage. Stage-specific comment from Team, Assessment, Review stage can also be annotated.

Note: Private comments cannot be annotated. If a comment is marked as Private, the 'Annotate this comment' option will disappear.

Below is an example of an annotation made by Idea submitter.

The annotations can also be reordered as per preference.

The annotation can be removed by the Idea Authors, Co-Submitters, Idea Owners, Team, and Moderators anytime.

Annotations in the Idea Edit Form

The Idea Authors, Co-Submitters, Idea Owners, Team, and Moderators can edit the annotation in the edit idea form if it is added in the Idea Submission Tool by the administrator.

Users will now be able to see Annotations in Idea edit form. 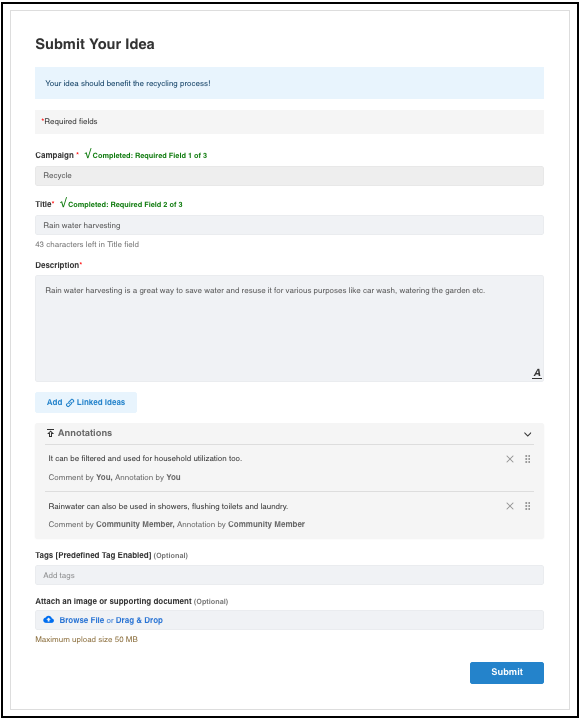 Annotations Visibility in Other Sections

Below are various sections/places where Annotations will be visible. 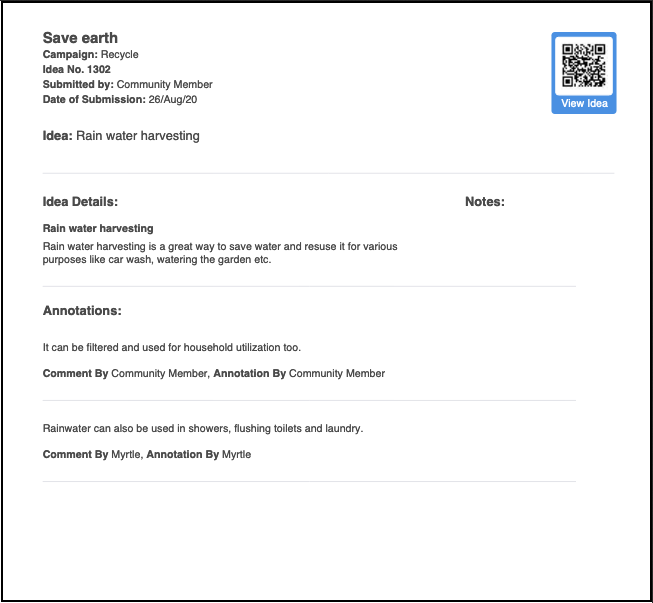 Annotations column will also be available in all the Data exports.