Best Practices for Creating a Campaign

Written by Deepthi Joseph
Updated over a week ago

Campaigns are the foundation of your innovation community. Through campaigns you share information with your community about what kind of ideas you want, members submit ideas, and ideas are moderated through different stages of your workflow funnel.

Below are some of the essential aspects and their related settings to keep in mind when creating a campaign. 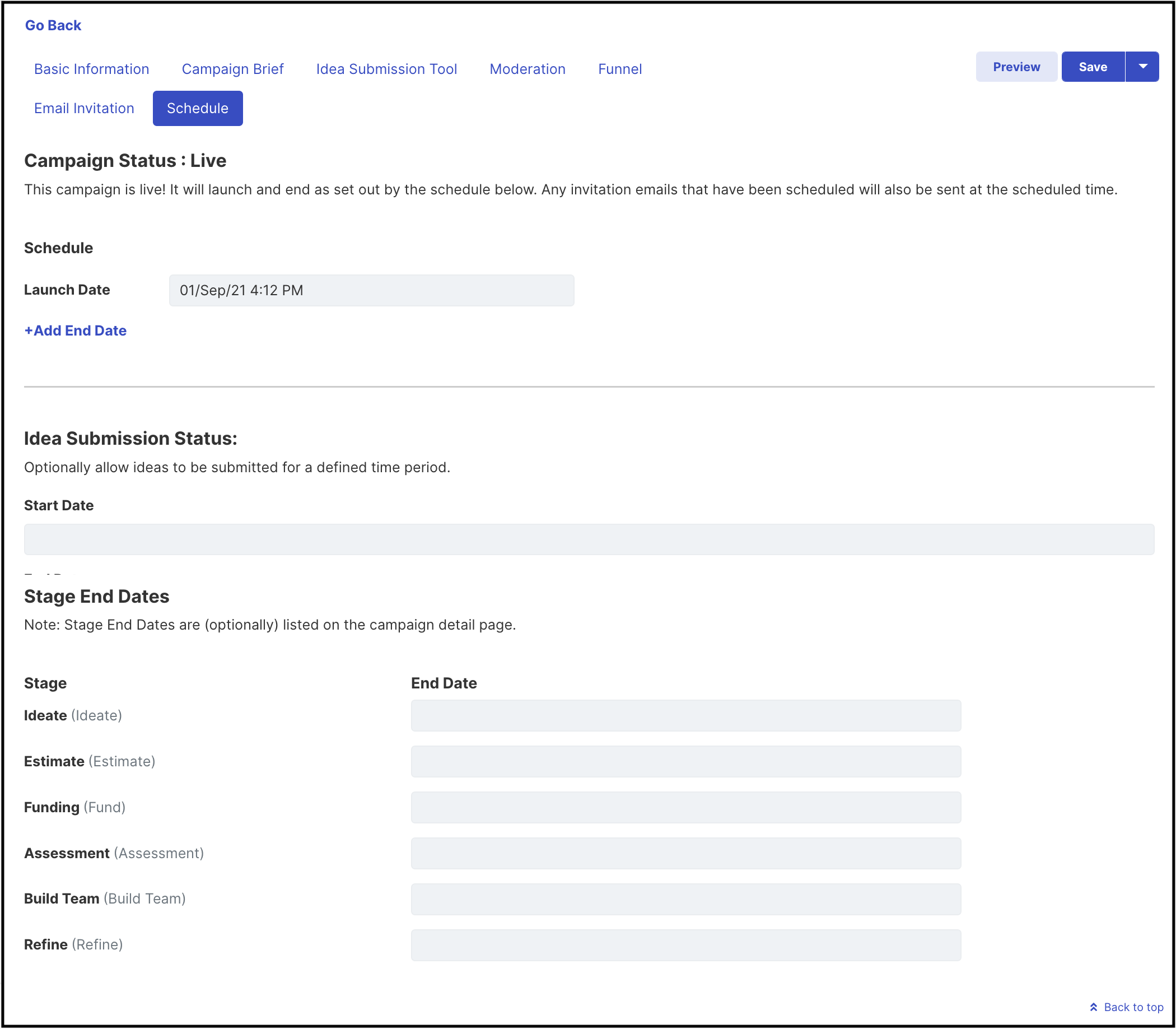 Learn more about the Campaign Settings!