How to control members participation/ideas/comments

Community Administrators may want to control ideas and comment submissions. Moderation settings allow the Administrator to set up control for moderators:

Not sure if you have access to control this?

Check out this helpful article on admin/moderator rights

When ON, any idea submitted will first be routed to the Moderator for approval. It works similarly to New Ideas Approval, the only difference is that ideas can now be either approved by Global Moderators or Campaign Moderators.

Administrators may choose not to have New Ideas Approval at all.

What members see when submitting an idea:

Members will see the typical message stating "Your Idea has been submitted". The user will see the Idea Status as Pending. Screenshot example below.

Once the user refreshes the page, they will be unable to view the idea on the Home Page nor will they be able to search for the idea till it is approved by the moderator. However, they can see the idea under their Profile page.

What Moderators see:
The Moderators can access the pending idea queue from the Incoming Moderation Dashboard.

This can be done from- Community Settings >> Dashboards >> Incoming Moderation >> Ideas. Moderators can approve ideas and change the stage by clicking the 'Moderate idea' button or simply clicking on the Approve this idea link.

Moderators are notified via email of a new idea that is awaiting approval. 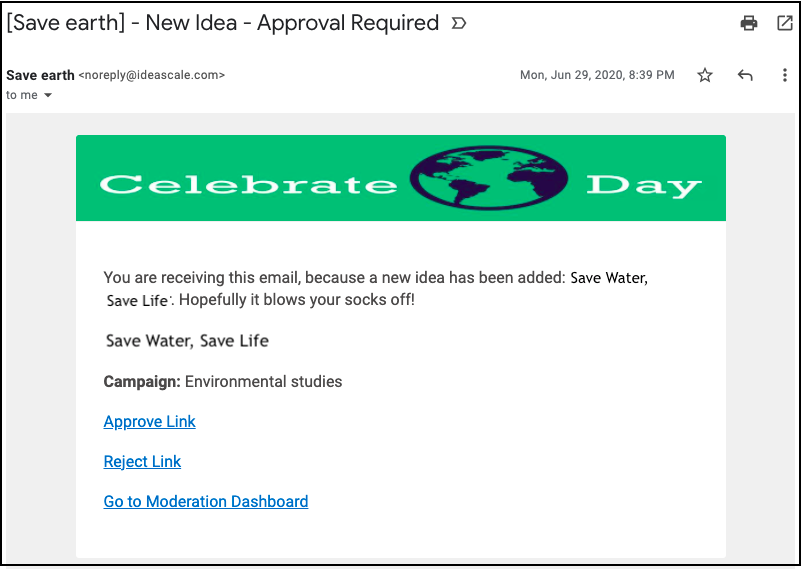 When a moderator's own idea is pending approval, they will not see the 'Moderate idea' option. 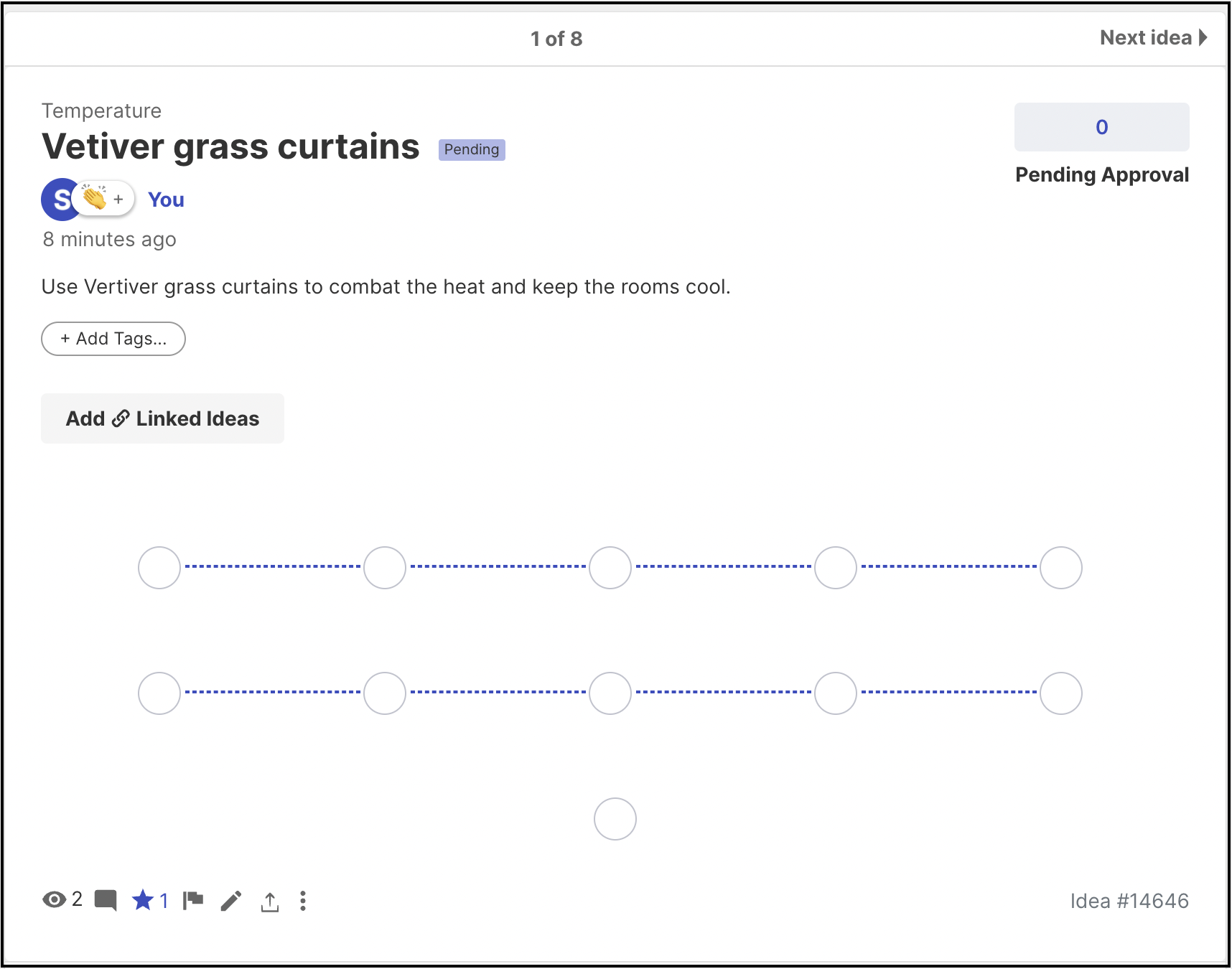 If the moderator tries to approve own idea or change the stage to an active one from the Incoming Moderation Dashboard, they will see a message 'This idea is pending approval. This idea won't become visible in the community until it has been approved by another moderator.'

This switch when enabled will require approval on a campaign level, unlike the new Idea approval. Enabling this switch will add an extra switch named 'New Ideas Approval' for all the campaigns under the privacy and access section in the campaign settings. 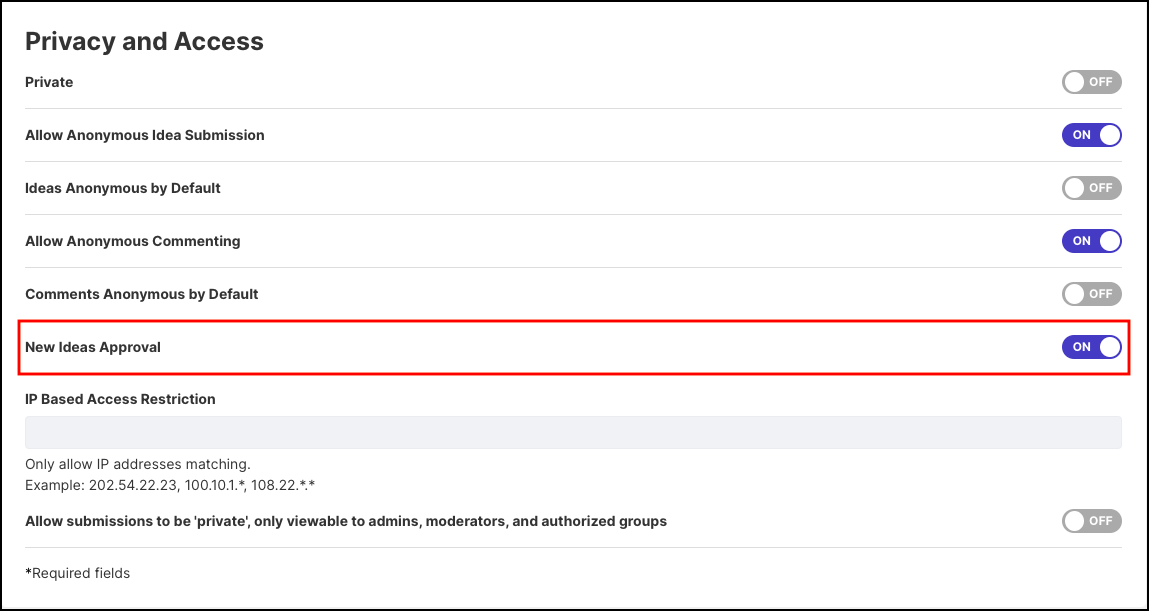 When 'New Comment Approval' switch is ON, any comment submitted by users will first go for Moderator's approval.

What Users See:
"Your Comment will be published after it's approved by the moderators" above the comment box (screenshot below). 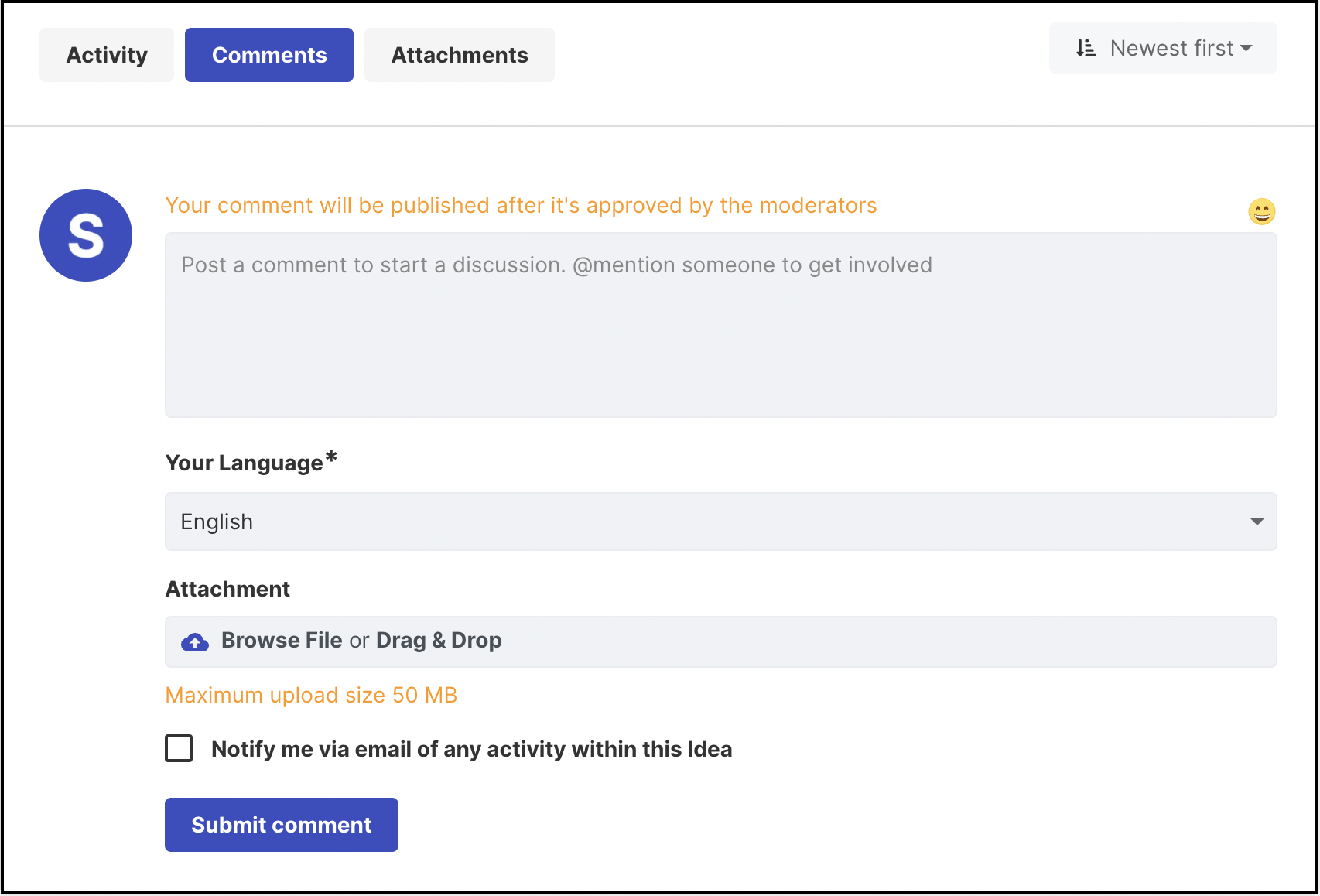 Once the comment is submitted, it can no longer be edited by the user until after approval. They can only delete it.

Once the comment is approved by the Moderator, the user will see his own comment in the color black.

What Moderators See:
The moderators will be able to view pending comments on the Incoming Moderation Dashboard. The Moderator may choose to 'Approve' or 'Reject' the comments.

It can be done from - Community Settings >> Dashboards >> Incoming Moderation >> Comments. You will have the option to 'Approve' the single comment or all comments from the idea at a time.

Comments can be approved from the front end under the idea details page by clicking on the words Approve Comment or Remove Comment.

Moderators are notified via email of new comment that is awaiting approval. 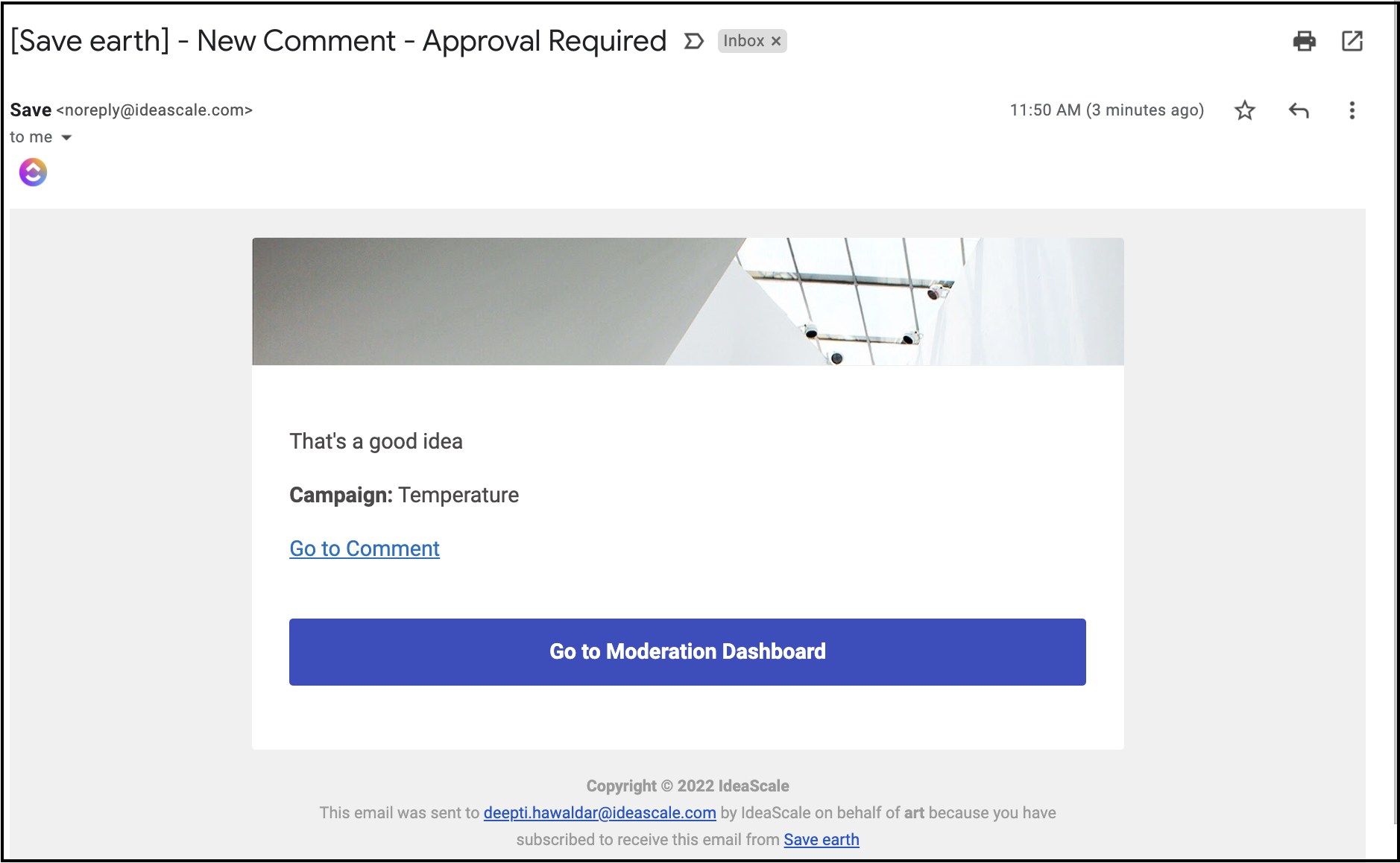 Note: Moderators are notified via email for each new idea that is awaiting approval. However, when the moderator's own idea is waiting for approval, they do not receive an email notification.