Yammer Integration allows ideas to be posted as a link on Yammer when they cross the specified Vote and Comment threshold.

First install Yammer by following the steps below:

1. Authorize IdeaScale to Connect to Your Yammer Account :  As soon as this switch is turned ON, the yammer login screen appears. 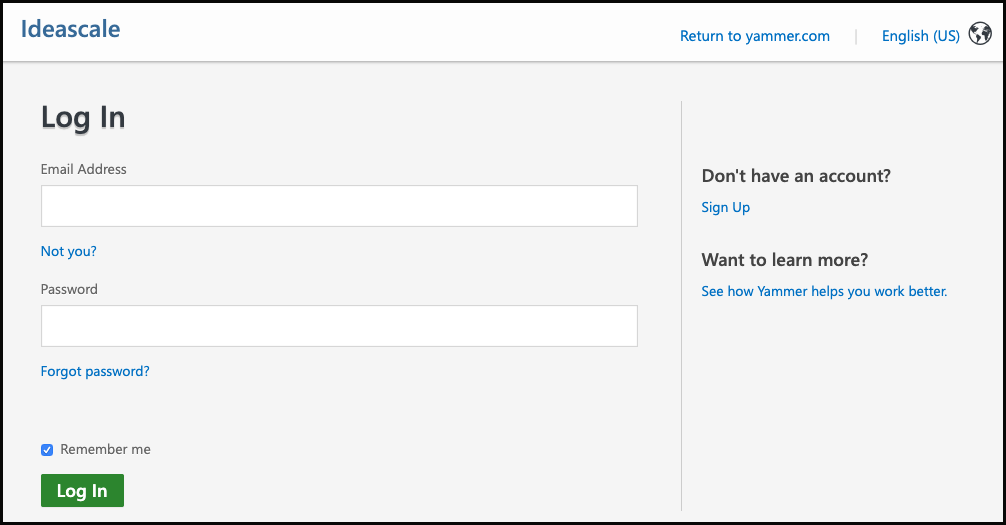 Once you login to Yammer , the Administrator is directed back to the IdeaScale Yammer screen with a message displaying "Application has been successfully installed".

If you move to the settings link you would see a box where he can enter a test text to confirm the success of integration and continue with other settings. 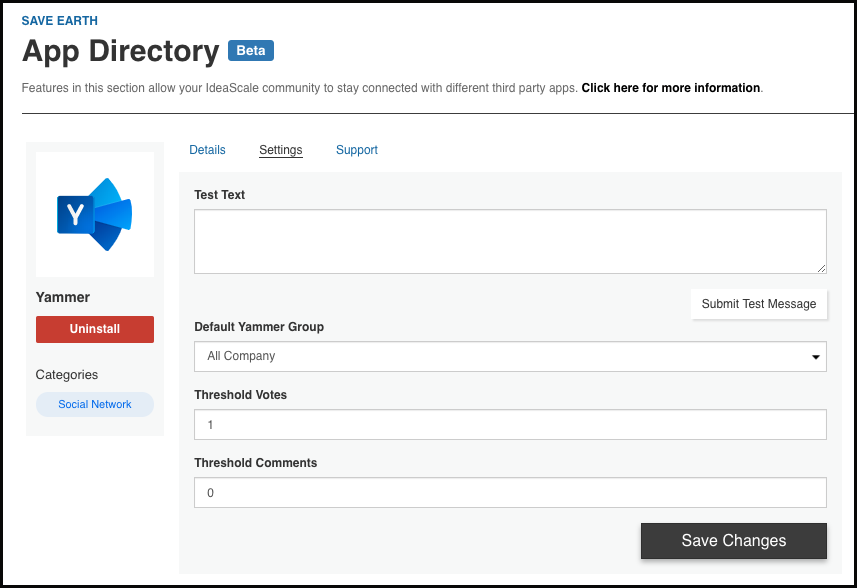 2. Default Yammer Group: This drop down contains the list of all yammer groups to which the Administrator belongs. Choose the desired group and make it the default group for the community, e.g. "All Company" as seen in the above screenshot. The ideas crossing the threshold would be posted to Yammers and would be selected group (All Company) only

4. Threshold Comments: Specify the threshold comments. Once the idea has specified number of comments, it is posted to the Yammer group which is selected as default.

On saving the changes the Administrator will see an "Operation Succeeded" message displayed on the top.

Below is the screenshot of an idea which have crossed the specified threshold and is now posted to the Yammer group which is selected as default. 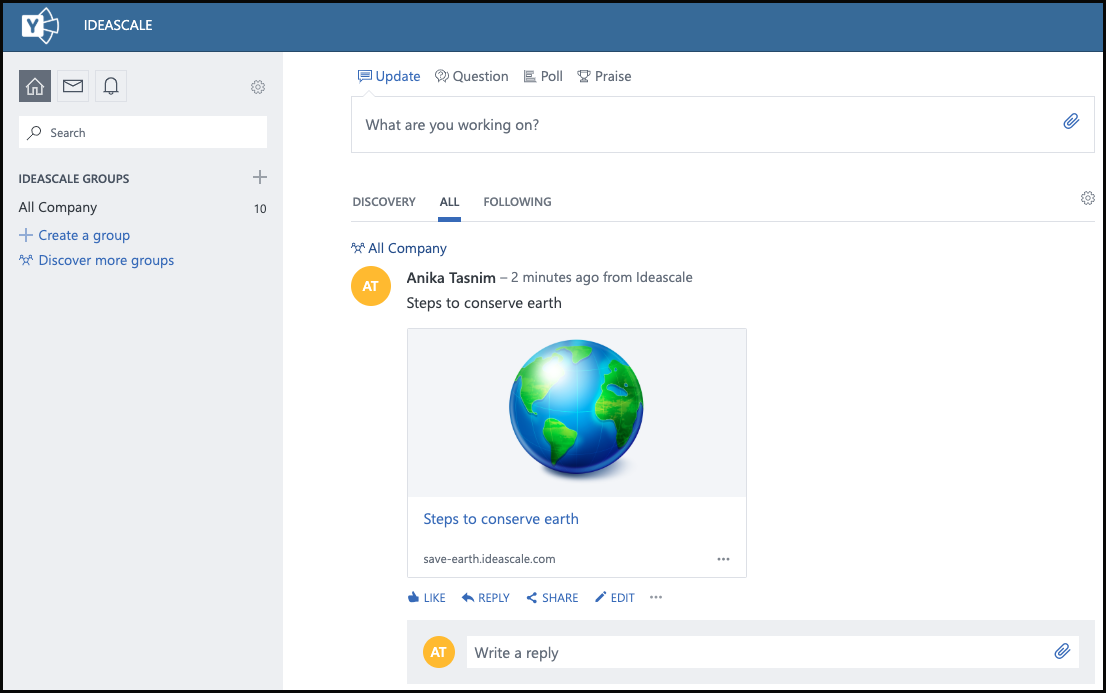 The Administrator can Revoke the integration by simply setting Authorize IdeaScale to Connect to Your Yammer Account to OFF. The ideas no longer would be posted to Yammer.