Report Abuse and Report Duplicate links helps in detecting and reporting any sort of abusive, inappropriate language or duplication of a specific idea in the community flagged by the community members itself. These links are made visible only to standard users.

If a Moderator or Administrator are submitting ideas, they are the most responsible candidates Managing and moderating a community so they will refrain themselves from Abusing/Duplicating ideas.

For Example in the below screenshot Deepthi is an Administrator, Diana is Moderator and Rosa is a standard user. These screenshot is from the point of view of Standard User. 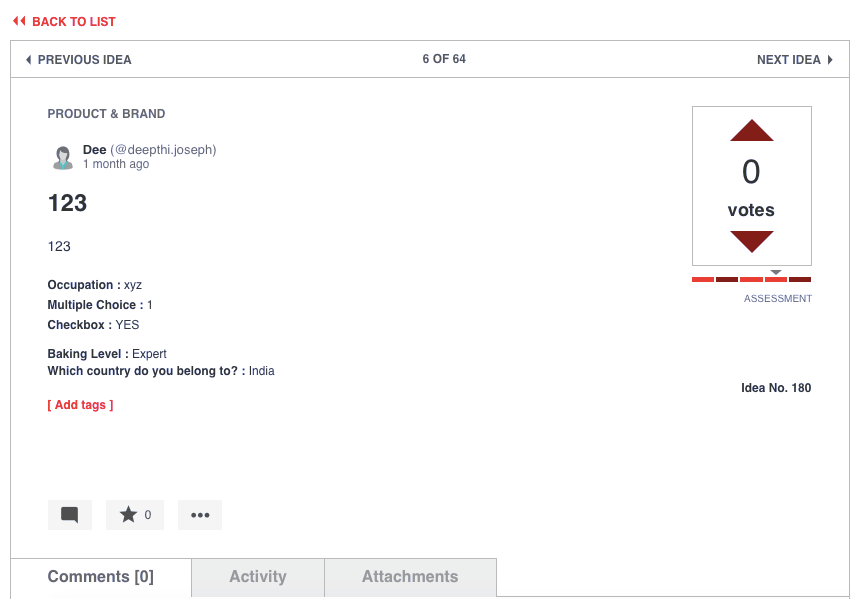 2. Idea Submitted by a standard user in Default and Grid View:

In the default and grid view the Report Abuse and Report Duplicate link will be displayed in the three dots button which is meant for more actions. 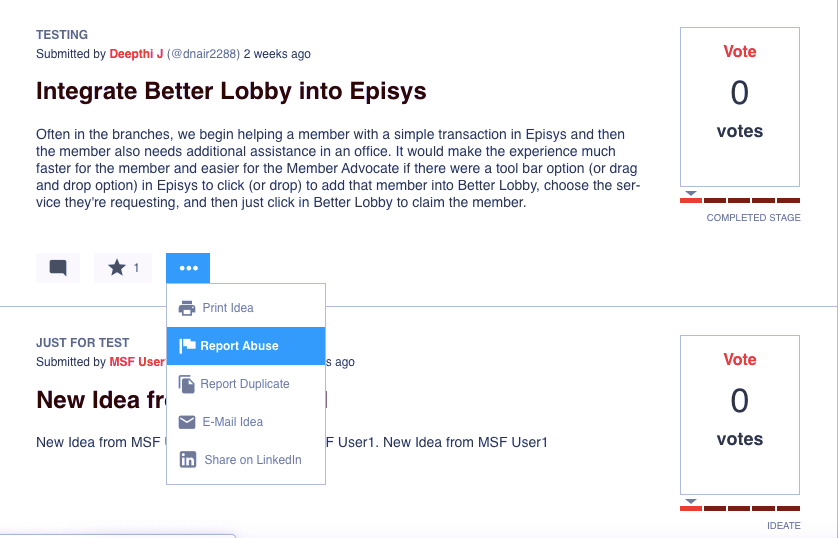 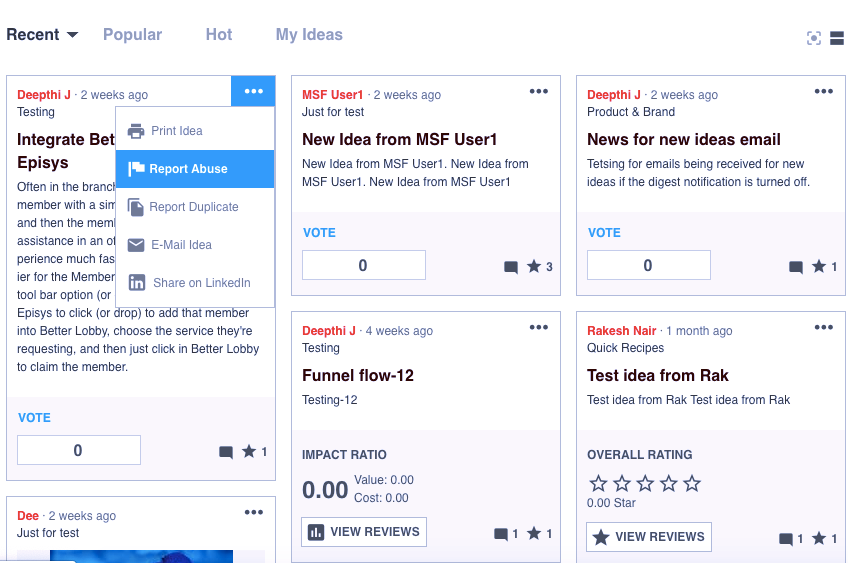 The administrator of the community can set up a threshold for both the reporting in Community Settings>>Workflow>>Automation. As soon as someone reports an idea as abusive or duplicate and the threshold is met the idea will move into Pending Approval state.

The moderator will receive an email notification about the reporting, as in this case it is flagged as Report Abuse as shown in the below screenshot. 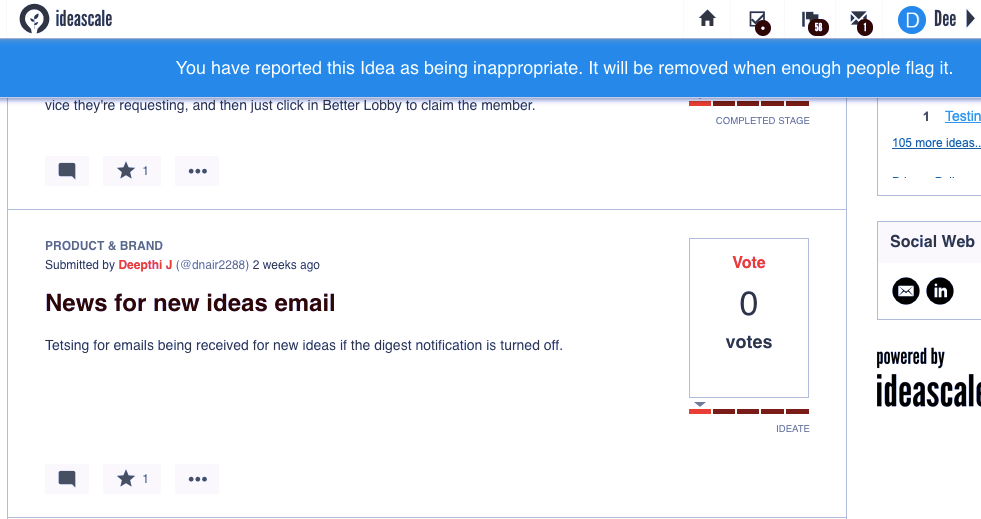 The idea author will receive an email notification advising of the stage change of his idea from the existing stage to Pending Approval as shown in the below screenshot.