Team Roles
This section helps you categorize idea teams towards roles that can be handled by specific positions. These team roles can help you achieve idea specific tasks in Idea Teams.

In order to create new Team role, you need to create a name suggesting the team and description for the role

Team Roles could be  used in Build Stage. In order to get an effective Team and Roles, set the administrator have to start by assigning the positions at the stage. 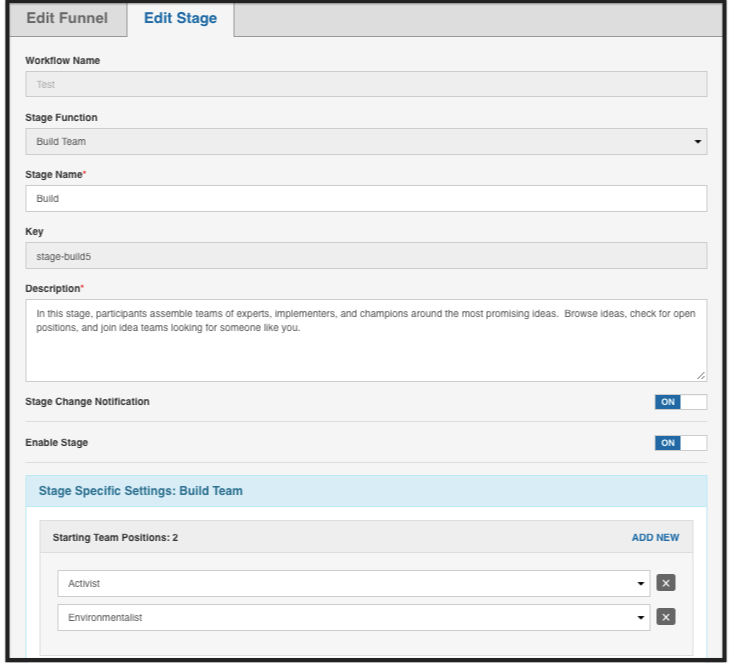 Team Roles assigned cannot be changed. A standard user can join the Team depending upon the positions given.

In order to assign members administrator could go to the idea detail page in the Team tab. The administrator is the only one who can edit the role of a specific team member, remove a member from the team or promote to owner of the idea. 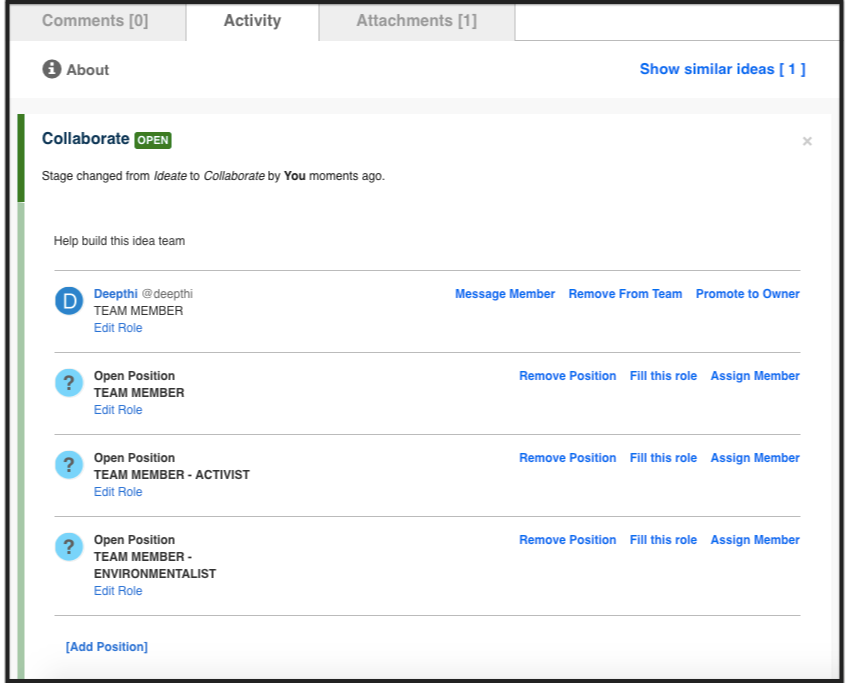 In case of a standard user the Idea Detail Page would be like the below screenshot. 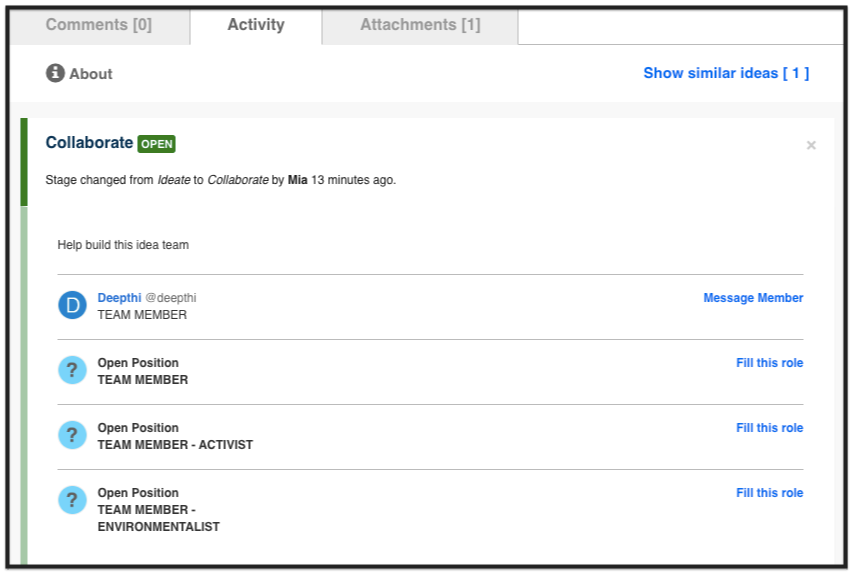